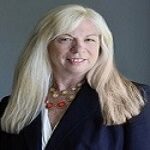 Beth Firgau is the CEO of Pride Veteran Staffing Inc. Beth is an Army Veteran and Staffing Professional with +15 years of Industry experience. Back when Beth joined the military, the recruitment slogan was “Join the Army and see the world,” and she did both. Her last duty assignment was a dream assignment: Japan Signal Activity North Camp Zama. She eventually returned to NYC to continue what has become “a story of the road less traveled.”

Growing up in a large Irish family as the middle child meant constant competition. Her love of sports and the outdoors provided her with the physical endurance necessary for military success.

Growing up, she was always open to travel, and instead of attending college at the young age of 17, a classmate inspired her to join the military after showing up at a dance in Air Force uniform. Finding a job with travel was a natural next step, especially with the free training the military offered.

The basic training was at Fort Jackson, South Carolina, during the hot summer of ’76. This was the last year of the Women’s Army Corps; it later became a co-ed military with combat jobs open to women. The highlight of basic at the time was the 7-mile bivouac marches in combat gear, wearing ponchos, heavy helmet, rifle, first aid kit, mess kit, and gas mask. It later required her to pitch a pup tent in the rain, sleep in the mud, and run the obstacle course—including the half-mile—in combat boots. She marched to the night firing range and qualified as an expert with the pop-up targets and M-16 rifle. As a lucky coincidence, and just before basic training, she ran the half-mile race on the track team in high school and was in tip-top shape running with boys in the hot Florida sun.

But graduating from Basic was just the beginning. It was, again, sinking in that there was a time-commitment and geographical change also when transferred to Army Signal School in Augusta, GA. It was only the start, and her first duty assignment was Hunter Army Airfield Savannah, GA, as well as Fort Stewart in Hinesville, GA. Different bases and responsibilities while supporting the 24th Infantry Division field unit. As an extrovert, she had friends among the officer, enlisted, and the civilian population. As many of her peers served stateside, she met people like herself. They also wanted to have an exciting overseas assignment, and that’s when her orders to report to Japan came up suddenly.

This played right into her plan of living in the moment, and she didn’t hesitate. The base had a view of Mount Fuji in the distance, a nearby train station to Tokyo, and a town with many shops and restaurants and other military bases nearby. She explored by bicycle first, train next, and finally, owned a car and learned to drive on the opposite side of the road. It was a dream come true. The mountains, villages, cities, and different people were all the reasons she enlisted. It was such an amazing experience for her.

Right about then, the relatives visited her in Japan and suggested she make her next home NYC, so she reluctantly decided time to return to civilian life. When the military-owned her life, it was returning to the family she missed the most, and her decisions were not her own, and freedom to be a young adult back in the U.S.

Her first civilian job was night shift as a telex operator in downtown Manhattan, typing money transfers for an international Bank. Education was eventually funded by the Veteran Benefits GI Bill, attending college in Florida: BCC, FAU, and FSU.

As to be expected and even as a civilian, the traveling continued and coincided with her using Veteran educational benefits. Now, after many years representing small and diverse staffing companies, the circle is complete. Beth’s business and military experience is directly being applied to a new start-up business. While being selective, yet also meeting many potential partners, Beth has founded Pride Veteran Staffing Inc. Yes, the path has been winding, and the struggle has been real. What is also true is “nothing is easy that is worth having.” There is much to do, and with complementary partners, we can face every challenge.

It’s a different world now, and we are ready to step up and assist every way possible.

“I learned everything about being a leader from military service, including discipline, loyalty, commitment, and quality. These were life lessons – first as a member of a squad, a platoon, a company, a Battalion, a brigade, a division as a soldier part of a larger organization. The life lessons to get along with people and accomplish the mission taught me skills that formed my work foundation as an adult.”

Reach out to us today for a remote consultation